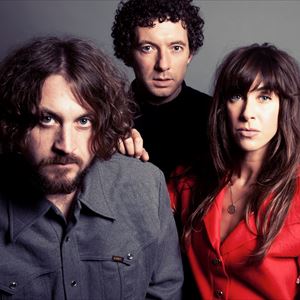 The Zutons
All The Zutons performances

The Zutons headline the Saturday of Cheshire Fest, Knutsford.
Individual Day tickets for this event available on this link.

Introducing our most exciting edition yet! Assemble your friends, family and party partners for a day of amazing live music, food, drink and summertime vibes in the luscious rural surroundings of The Lambing Shed, Knutsford.

As you wander into the rolling green fields, our giant Big Top Tent will stand proud, inviting you to take a step inside to experience a host of brilliant acts that soundtrack the afternoon with outstanding audio/visual on-stage production. Leading the charge, legendary Liverpool band and cult heroes, The Zutons headline during early-evening - capping off a run of UK shows which coincide with the 15th anniversary of their seminal album 'Who Killed The Zutons'.The album, which spawned the hit singles ‘Pressure Point’, ‘Remember Me’, ‘Confusion’ and ‘You Will You Won’t’, was first released in 2004 to critical acclaim, a Mercury Prize nomination, and went on to sell over 600,000 copies (Double Platinum) in the UK alone.

The band recorded a further two albums, ‘Tired of Hanging Around’ (including their song ‘Valerie’, which has become one of the biggest songs of this millennium) and their last album ‘You Can Do Anything’ in 2008, alongside new works in the making with their fourth studio album, that's being produced by none other than Nile Rogers.

Further special guests for the afternoon programme are to be announced soon!